Veteran Nigerian rapper, Eedris Abdulkareem, says he feels vindicated 18 years after he released his third studio album titled ‘Jaga Jaga,’ a Yoruba term which refers to a state of complete disorder and confusion.

The song ‘Jaga Jaga,’ declaiming corruption and suffering in Nigeria was released in 2002 and caused a lot of controversies.

The title track was banned from radio by the Federal Government of Nigeria but continued to be played in nightclubs.

Speaking with Channels TV, Eedris Abdulkareem said he now feels vindicated because the country has remained the same since he sang “Nigeria Jaga Jaga”.

He said: “In 2002 I dropped Nigeria Jaga Jaga, and the ex-president came on the National TV and said that boy wey sing that song, na him papa and him family jaga jaga.

According to the singer, he would continue to speak his truth through his music because that is the Legacy that would be left behind after he is long gone. 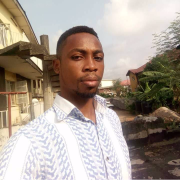